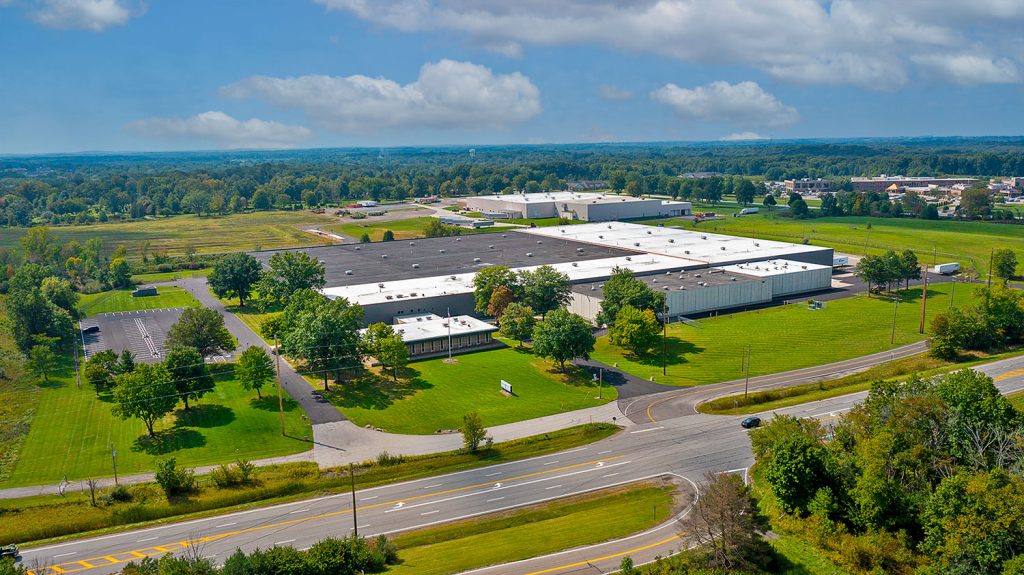 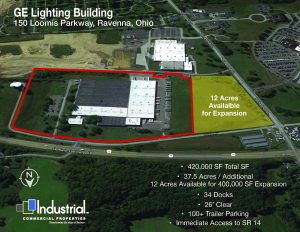 Industrial Commercial Properties of Solon announced Monday it is purchasing the 420,500-square-foot GE Lighting warehouse/distribution building on 37.5 acres located at 150 Loomis Parkway in Ravenna. The land is on the north side of the city, with close access to state Route 14.

General Electric announced in September it would close the distribution center, which employed about 40 people. According to Portage County property records, ownership of the property was transferred for zero dollars last September to a company named 150 Loomis LLC.

The property’s appraised value is $4.6 million.

Ravenna Mayor Frank Seman said he was happy to learn of the purchase.

“It was being used mainly as a warehouse,” he said. “It may be that again, I don’t know, but it sounds like it would be more volume. We’re always grateful when people invest in the community.”

Seman said he heard the company may be interested extending the rail spur in Chestnut Commerce Park.

The sale to ICP comes just a few years after GE closed its adjacent 172,000-square-foot lamp manufacturing plant, which had employed about 160 workers in 2016. The factory, which closed in 2014, had been in operation since the early 1960s and had employed about 400 workers at its peak.

In a news release, Chris Salata, chief operating officer of ICP, said GE workers will remain on the Loomis Parkway site “for a short period of time,” and added about 150,000 square feet of warehouse and distribution space is immediately available.

The building has more than 30 docks, more than 100 trailer parking spots and rail service, the release stated.

“We also have an additional 12 acres under contract contiguous to this property that could support an expansion of the building to 800,000 square feet,” Salata stated.

Portage Development Board President Brad Ehrhart said the PDB wasn’t involved in the purchase, but he said the GE building, despite being an older facility, is in good shape.

“The facility, from what I recall, is in fairly decent shape,” he said. “We have actually a shortage of that particular type of building in the region.”

According to Portage County property records, the adjacent 12 acres is still owned by the General Electric Co. and has an appraised value of just over $250,000.

“As we do in all of our projects, ICP will be making substantial upgrades to the building, so this will be a sizable, modernized block of space that wasn’t previously available. With the pace of demand for logistics facilities and record low industrial vacancy in this region, we expect to find a new or expanding tenant quickly. There is a lot of pent-up demand in this sector,” Salata said.

“Our improvements will include upgrades to both interior and exterior lighting, a modernized sprinkler system, pavement and interior renovations, which add to the desirability of the building,” he said in the release.

ICP also recently purchased 377 acres of the former Geauga Lake property in Bainbridge Township. The development firm is actively marketing the site to retailers, restaurants, residential and other commercial users, with plans for a Menards on the property off state Route 43. Link to article